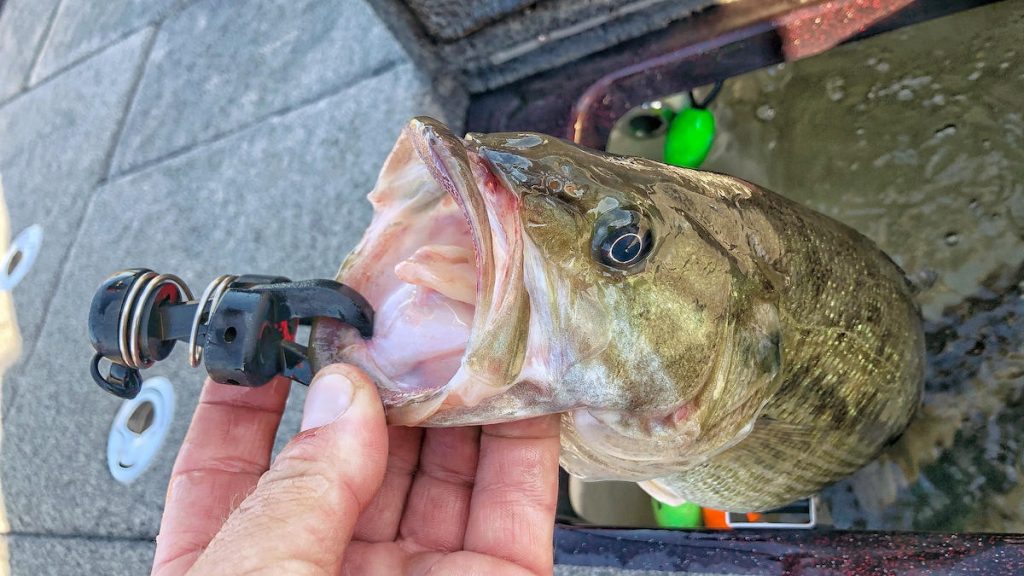 Change is inevitable but man, do I fight it. Though I’m relatively young in the grand scheme of things, I’ve got an old dog’s mentality. Every groundbreaking discovery in the fishing world I seem to arrive late to the party on. It’s not that I don’t know the party’s happening since doing what I do I stay pretty abreast of the situation. But I’m pretty set in my ways. I’ve got a small bag of tricks I like to pull from and stay in a narrow lane most of the time. That is, however, until a semi-truck hauling a full load of canned-up butt whoopings swerves into my lane and finally makes me move over.

For example, I knew about the original Alabama Rig months before it blew up. The creator, Andy Poss, was basically giving them away in the boat ramp parking lot at some college event I was fishing on the Tennessee River. I was like, “No thanks”. (I’m not allowed to put emojis in articles but if I could I’d have the crying laughing face in place of what’s inside these parentheses on account of how badly I dropped the ball there). Though that initial misjudgment was bad enough, as the A-Rig blew up and got popular, I still didn’t join in for the longest time.

Other revolutionary techniques and technologies have come along and completely reshaped the fishing landscape during my lifetime, like the shaky head, drop shot and side imaging sonar. But I just sat back and got my teeth kicked in by them, only incorporating them years later when the gold rush was over. Not something I’d suggest doing and something I’ve gotten better about in recent years, which is the whole point of this piece.

Learn from my experience and incorporate these five things into your game while they’re still relatively new and you’ll be glad you did. 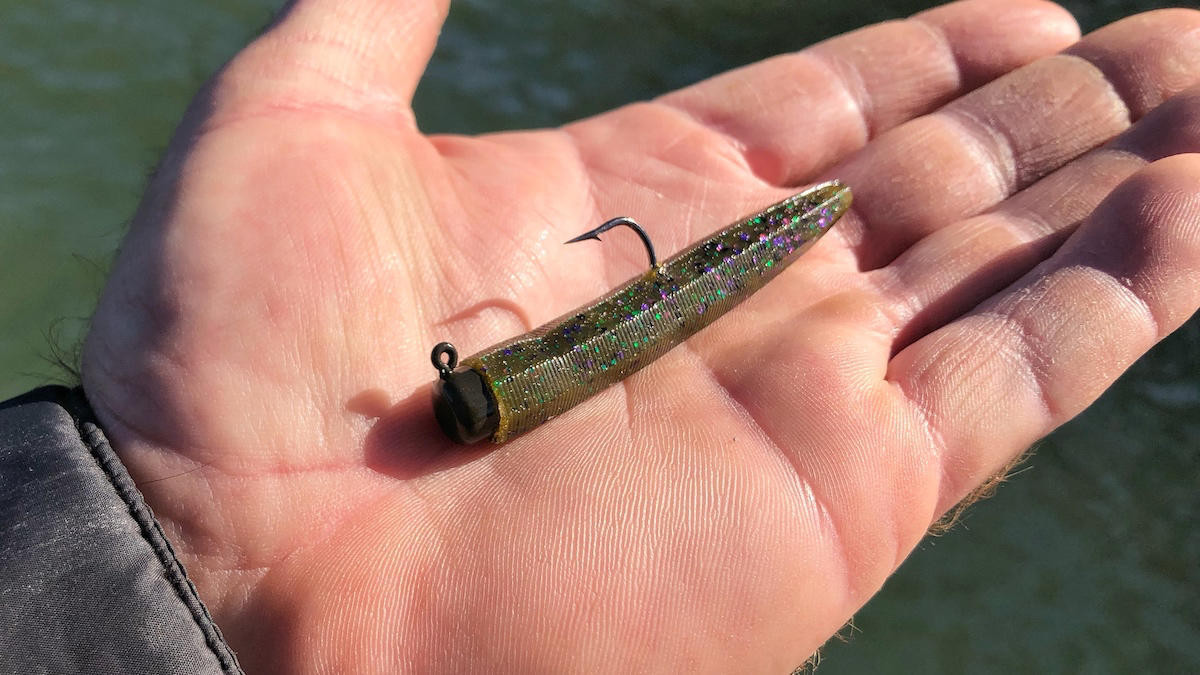 Now obviously this one has been around a little while now but it’s one of those deals I slept on for awhile so I’m assuming some of you are still overlooking it now. I figured if they’ll bite half a bitten-off Senko, they’ll bite a shaky head.

I actually tested that theory out last year, mixing it up one day with a shaky head, a finesse jig and a Ned rig. I threw them all about the same amount of time that day and caught 10 to 1 on the Ned rig.

I don’t know why that is, to be honest. It looks like next to nothing. It’s not impressive. But it absolutely catches them. I know that is a beyond obvious statement for some of you who have thrown it, but I say that to state emphatically that if you haven’t given the Ned rig a try yet, do so.

You can thank me later. 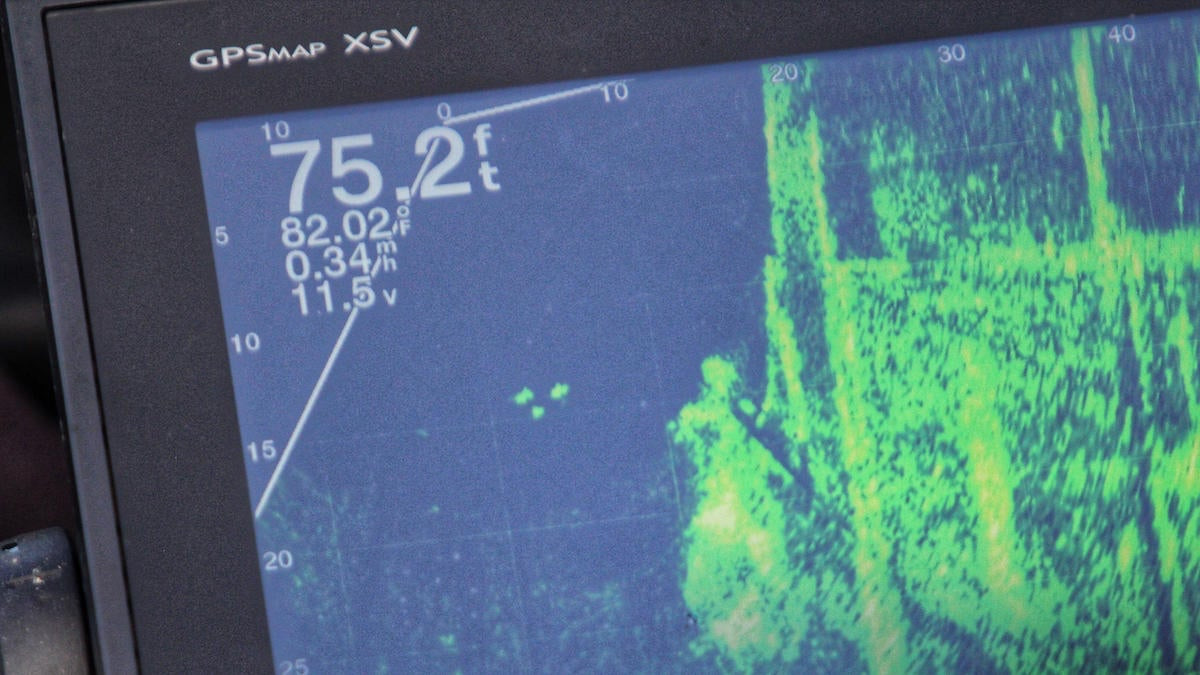 I was fortunate enough to buy into this one pretty early on. I bought a 10-inch Garmin a couple years ago with the PS22 transducer that has the more traditional sonar color palette with the blues, reds and greens. It wasn’t the Livescope like you see pictured here. The same concept as Livescope, but not as clear and easy to distinguish. You’d see a stump as blob on the bottom, but wouldn’t be able to tell a fish was relating to it unless there was a foot or two between them. And it was still unbelievably effective.

I’ve since sold that boat but while I had that graph I was able to sit off of cover and fish what was all around me without getting directly overtop of it. That’s the basic gist of what makes forward-facing sonar so different and beneficial. And even with that transducer where it was harder to tell exactly what I was looking at, I still knew something was there. So I would just fish it like I knew a fish was there. I caught a lot of fish because of it.

I know this technology is expensive, but it’s something you simply cannot ignore. Hopefully with several of the major sonar players getting involved, the competition will bring the price down a little. Regardless, it’s not going anywhere and you’re going to about have to have it if you’re going to try to catch a fish in more than 5 feet of water in a few years. I’m not saying that’s a good thing, but it’s almost a certainty. 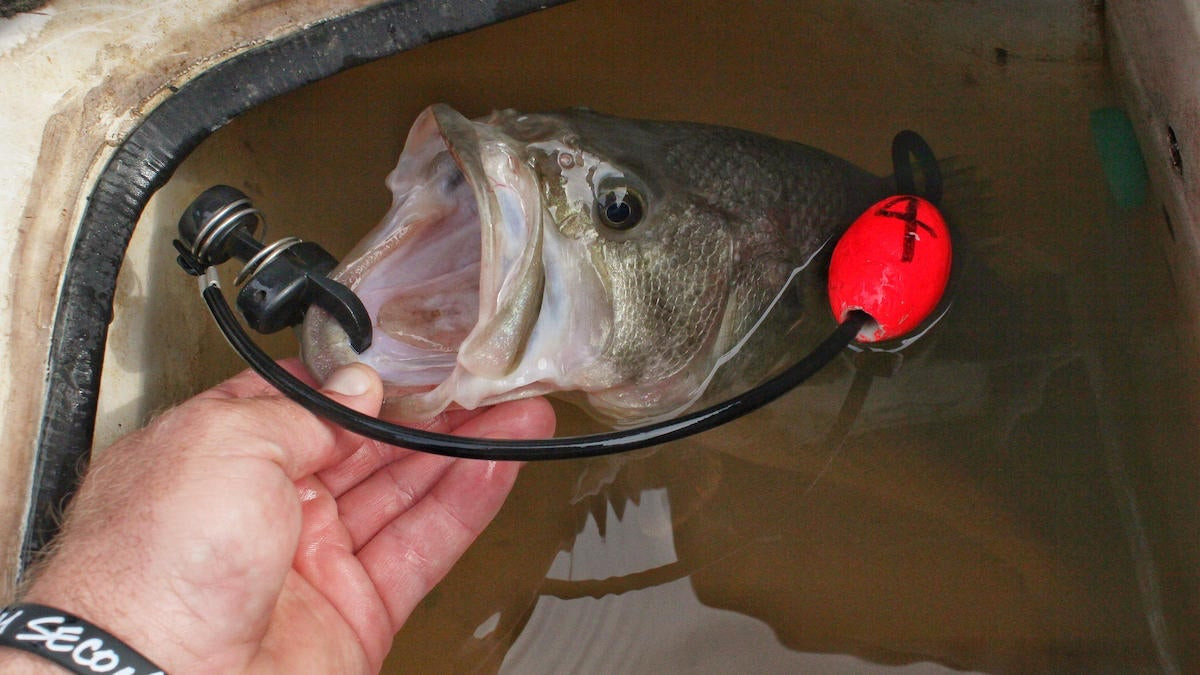 This is one I really hope we can all get behind. A simple thing, but in my opinion one of the greatest innovations our sport has seen in years. From a conservation standpoint, non-puncture cull balls are such an awesome invention. I never really thought about the damage I was doing with conventional cull tags before but I adopted these a couple years ago and am really happy I did. I actually bought a set of Ardent Smart Cull Smart Clips and converted the set of cull balls I already had but you can purchase the whole system as well.

I have had zero issues with these. They are extremely secure and durable. My initial fear was that I would go to bag a fish and its lip would slip through and I’d lose the fish. Well, that’s never come close to happening and you really never have the opportunity for it to. It’s best to use the cull tag to wrangle the fish when culling or bagging your catch and then still grab the fish by the lip instead of snatching them up with just the tag. So there’s never really a chance for a catastrophic failure. Even still, the way these particular tags are engineered, there’s zero chance for a fish to pull free.

If you don’t think these are worthwhile, the next time you pull up to the drive through window at Mickey D’s, imagine asking them to sling that cheeseburger through the window while you try to catch it with your mouth. Oh yeah, there’s also a 3-inch slit all the way through your cheek. That’s what a bass is working with when we poke a hole through their jaw, let them bump around in the well all day and tear their jaw up even more and then dump them back in the lake. The next time the fish goes to inhale a meal, an escape hatch has been installed. 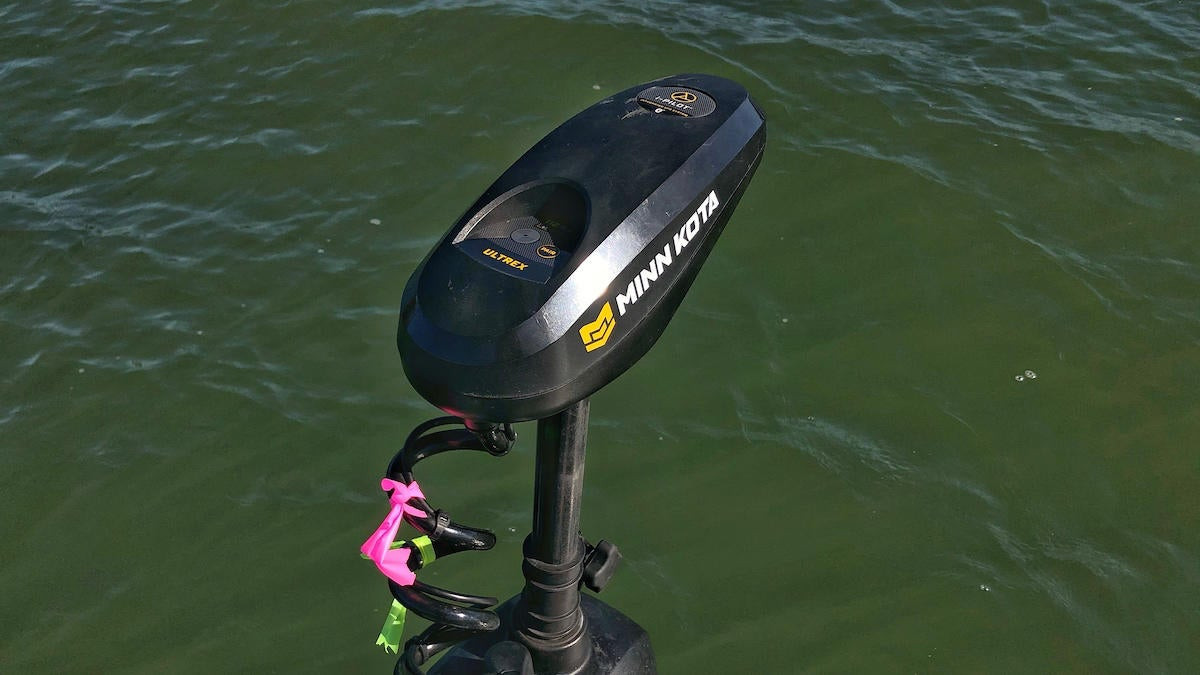 Another pricey innovation, but what a revolution we’re seeing in the trolling motor realm recently. I’ve had the luxury of owning a Minn Kota Ultrex and the thing was phenomenal. I’ve also used the new Lowrance Ghost a few times while in other anglers’ boats and have been extremely impressed by it. And I know a lot of you have had similar experiences. So you’re probably thinking, what’s not to love? Well for those of you who aren’t feeling it, let me clear things up a little.

Sea legs are a real thing. The older we get and the longer we’ve fished a certain way, the more accustomed we get to it without even realizing it. I remember when the slow start feature was first incorporated into the Minn Kota Fortrex. Most trolling motors up to that point were on or off. There was no easing into it. If the dial was set on 100 when you hit the button, it was going 100 immediately. Most of you younger anglers that have never experienced that probably don’t even notice or realize now that there’s a slight delay where your trolling motor goes from 0 to 100 and eases into it when you press the button.

Well for some anglers with whom I’ve been in the boat, these new trolling motors are just a little too different. And to be honest, the Spot Lock feature on the Ultrex will throw your butt out of the boat if you’re not paying attention. It’s admittedly easy to bump the button accidentally and have the boat spin around on you and catch you off guard. And new electric drive systems have replaced the cable systems that tied the older trolling motors to their foot controls. So now there’s much less resistance when you go to use the foot pedal to control the motor, which is odd early on and makes for uneasy footing. But…

I only say all of that to defend the position of the old dog inside of me. Still, these motors are amazing and something I think an old dog can certainly learn to use and benefit greatly from. Minn Kota’s Spot Lock and the features like it on other branded trolling motors have the potential to extend an angler’s fishing life expectancy. A windy day that would be nearly impossible to endure for an angler with bad arthritis and joints is now comparable to a walk in the park with Spot Lock if there’s an area where he can settle in and fish awhile.

These motors are even able to follow topographic contours on graphs now, so you can pick a depth range and the boat can venture down a ledge keeping you within casting distance of the strike zone. This stuff is amazing. Yes, it’s a little tricky at first. But man, is it helpful for all anglers and potentially even more so for an old dog. 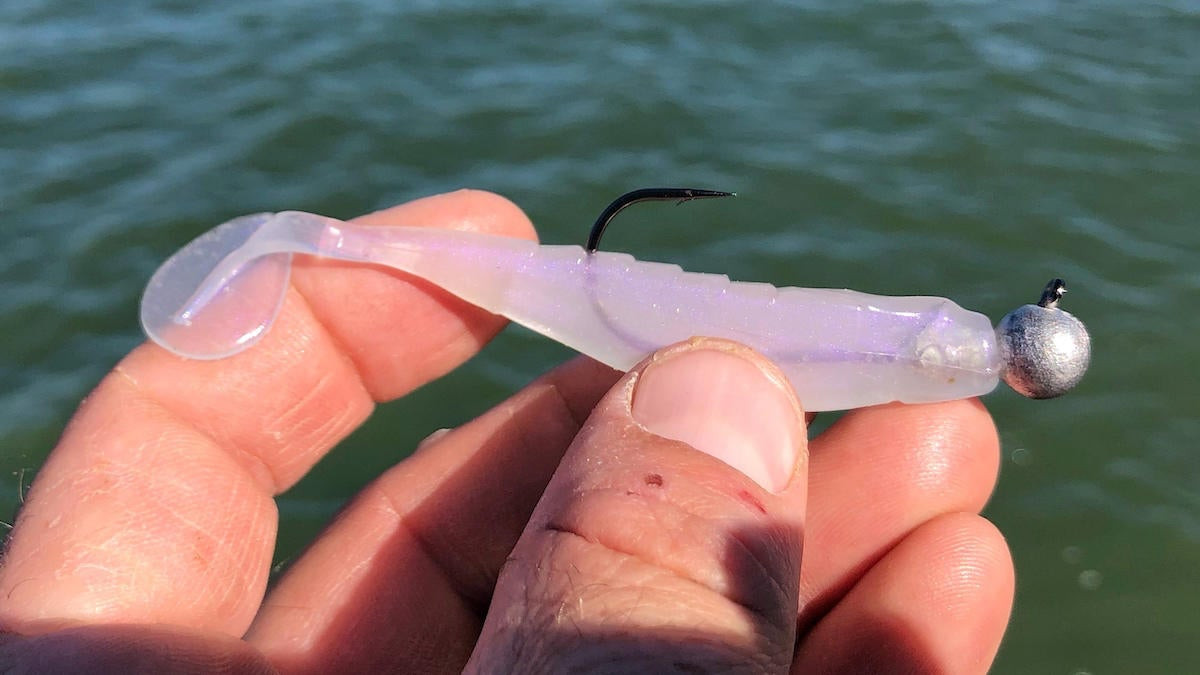 This is another bait genre that blew up a few years ago but a large number of anglers still haven’t seemed to buy into. Probably because it’s used to target a set of fish not a lot of anglers like to fish for, those being suspended ones. But that’s why it’s such a great technique to get acquainted with.

The popularity of baits like the Missile Baits Shockwave pictured here makes it seem like everyone is throwing them. But that’s not the case. I was even having a conversation with a Bassmaster Elite Series pro recently who admitted that he never really got on that bandwagon as it was passing by. And in his words he’s been run over by it several times since on account of that decision.

A 3-inch single swimbait like this is extremely effective from 5 feet to 50. And it’s not really contained even within those parameters. That versatility is awesome but the simplicity of the technique is even better. You just reel the bait in. It’s that simple. You can count it down and really dial in the retrieve over time to keep it at the desired depth longer but you can also catch fish right away just casting it around. And it catches numbers as well as big fish. So it’s basically like a shaky head you can fish at any depth in the water column.

I actually fish it on a shaky head jig, though most anglers who are really proficient at this style of fishing will use a shorter-shank hook on a ball head jig. That makes for a cleaner profile and the fish typically engulf the whole bait so the shorter hook is plenty long enough. Either way, this is something I highly recommend trying if you’re still on the fence about it. 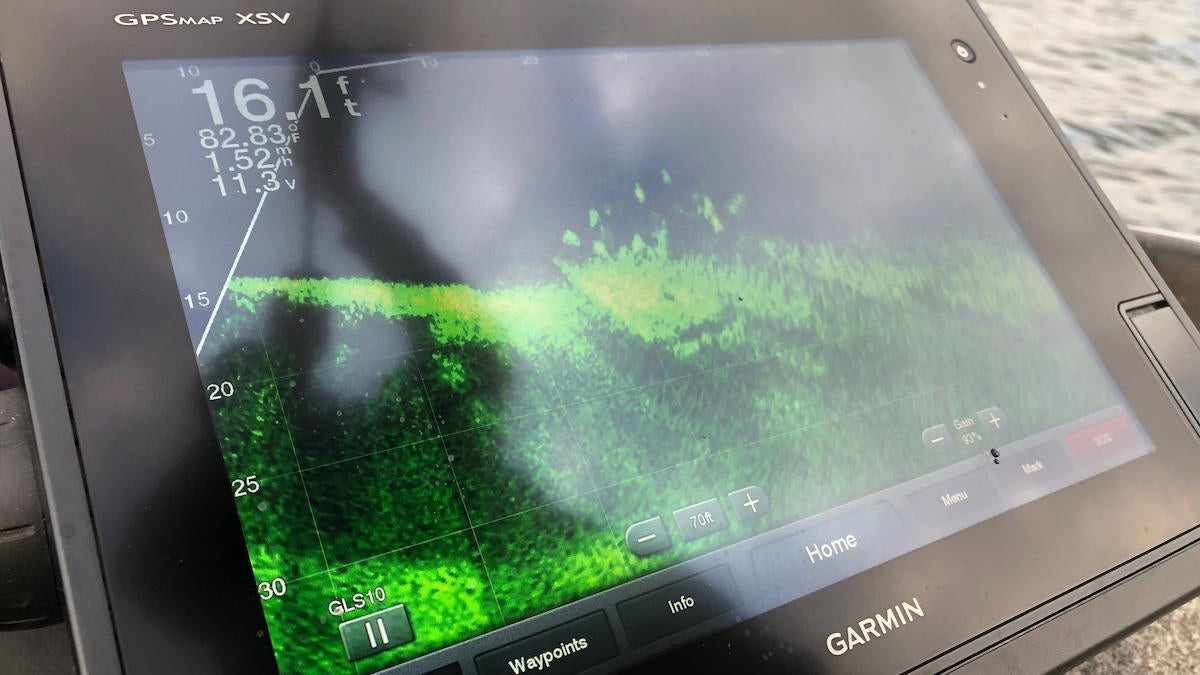 Old dogs can learn new tricks. I will admit though, as is the case with dogs, treats help. A little positive reinforcement goes a long way when trying to convince yourself to try something new. But you’ve got to try that new thing to get that first reward. So don’t overcomplicate things. Don’t fight it. Just give some of these a try. Go fishing with a buddy who has one of these fancy new trolling motors or forward-facing sonars. Tie on a Ned rig or a small swimmer and sling it around a little.

Branch out a bit and see if you don’t like what’s out there. If nothing else, get a set of non-puncture cull balls and contribute to the evolution and sustainability of the sport. I’m an old dog at heart who learned all five of these tricks and am sure glad I did.